Another blog post inspired by a series of tweets. Last week, I purchased a new monitor. It’s a pretty nice 27″ AOC beast. Obviously, this meant that my old 23″ Samsung would be used as a secondary monitor. The only problem? My graphics card only has one HDMI port, which is consumed by my new monitor. My old monitor has HDMI and VGA inputs. So I did the only thing I could do at the time, and connected the old monitor via VGA. Wow, it looked horrible. So finally, this happened.

Can we just ban VGA already? Bought a DVI to HDMI adapter so I didn't have to use that garbage to connect my second monitor…

So yeah. This post is going to be very trollish. If that bugs you, you may want to stop reading now. =P

Also, I’m going to skip over products that I’ve already ranted about (ChromeOS, Bitcoin, Xbox One, etc…). These are smaller rants that have thus far slipped through the cracks.

Still here? Well then, time to start the list!

The whole reason I wrote this post: No modern product should be built with a VGA interface. So why does the midrange graphics card I purchased maybe eight months ago have one? If only that space were instead used by a second HDMI port, I wouldn’t have been in the mess I was in last weekend. Connecting a modern monitor to a VGA port results in an unspeakably horrible picture, and I’m fairly certain that looking at it for very long would’ve given me headaches. Fortunately, connecting my monitor via a DVI to HDMI adapter solved my problem.

Why do people actually buy these overpriced headphones? Not that I’ve ever been in the mood to spend $400 on headphones (I think the most I’ve ever spent on a wired set is $50, for the Sony pair I’m using now), but if I ever were, I’d probably buy something else.

So I do some work for these people once in awhile. It’s a guy in his 60’s or so. I was tasked with speeding up his web browser. The problem? About five different toolbars. Uninstalled them, and it ran much better. A couple of days back, I was at my best friend’s house. He’s about my age, and also a CS major. You think he’d have the common sense to not install this garbage, right? Nope. Two or three of them. He said they were bundled with some other stuff he had installed. Sigh…

It’s so annoying when I have to print out a report or coupon or some other thing, and then I find out I’m out of ink. Fortunately, I’m not my household’s designated ink-purchaser, but this stuff makes the aforementioned Beats look reasonably-priced. And fortunately these days I can show most coupons on my phone, and submit most of my assignments online, but for those few holdouts where I can’t, get with the times. In this modern age, where nobody’s ever more than a few feet from a computer screen, why waste paper, ink, and time making physical copies of things? It’s a relic of a bygone era, that people really just need to let go of. And furthermore, once I move out and get my own place, I’d really like to get by without owning a printer at all. So please, I beg of everyone, let’s make this happen within the next year.

Maybe this is more so a fault of the town that I live in (which, if you couldn’t tell from the end of the last section, I’m more than ready to move out of), but these are full of people not worth meeting. Profiles are either of people who have no concept of spelling or grammar, or who copy/paste the set of interests “hunting, fishing, and mudding.” I’m not entirely sure I want to know what “mudding” is, but for now I’m going to assume it means rolling around in mud like a pig, which doesn’t even sound remotely fun. I’ve always figured if I were ever to find a fellow geek with whom to share my life, it’d be on the internet. I suppose not.

Almost anything by Samsung

Samsung seems to have a knack for choosing the worst possible materials from which to build a product, then brainwashing the public into overpaying for it. Take the Galaxy S4 for example (which somehow manages to be the least egregious design travesty out of Samsung). It retails for $624. And what do you get for that price? A less-powerful Nexus 5, with an awful plastic case, and a bunch of bloatware, for almost twice the price of the N5. And the upcoming S5? It’s the name “5S” reversed, with a clone of the 5S’s headlining feature (TouchID) slapped onto the S4. Then there’s the Galaxy Note. It’s basically the same thing, but pointlessly huge. Oh, and then they throw some craptastic fake leather thing on it. And finally, you have this monstrosity. 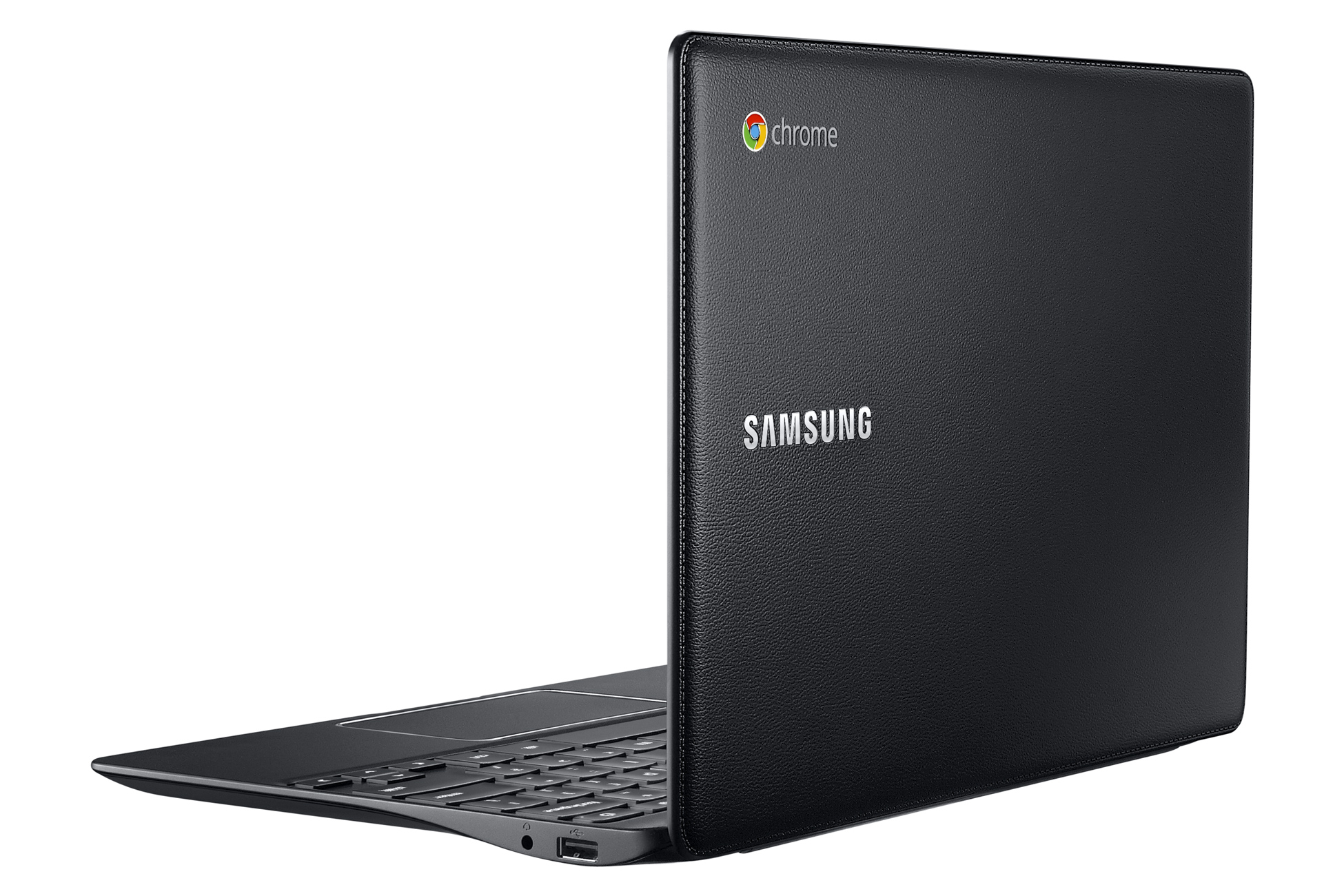 Why would anyone think this level of skeuomorphism is appropriate? Did Scott Forstall go to work for Samsung after leaving Apple?

How I’d guess this thing was “designed.” It’s “bring your kid to work” day at Samsung. Someone’s three-year-old sticks an employee’s laptop in a leather notebook. “Eureka!” No, really. I can’t think of a better explanation of how this was ever conceived. It’s beyond what I’d be able to come up with as an intentionally bad design. It’s even worse than the previous Samsung Chromebook, which, from a distance, looks like a MacBook Air. Then once you get closer, you realize, “WAIT, THIS IS AWFUL CHEAP SAMSUNG PLASTIC!”

For what it’s worth, appending the word “gaming” to something doesn’t mean it’s a better product (I guess it’s kind of like how adding the word “premium” to “margarita” doesn’t make a better margarita; it just makes a more expensive one). It just means it’s sold for a severely marked-up price and has some awful gaudy design to it. The base Alienware desktop? It’s $700. And it has a dual-core i3. For $100 less, you could get a Mac Mini that at least has a dual-core i5. It has 2GB less RAM, although if you add $100 to the price (matching the Alienware), you can upgrade it to 8GB, making a machine that’s the same price, with more RAM and a better CPU. Oh, and also consider that Alienware is owned by Dell, a company that hardly has a reputation for build quality. So much for that Apple tax, huh?

Then you’ve got peripherals. We were shopping for a new keyboard for my brother (he eventually wound up buying some HP crap that he now desperately wants to replace). My sister then informs me that I should buy some $100 crappy gaming keyboard. I paid ~$110 for my keyboard and mouse, and I have no idea what functionality that keyboard has that makes it worth $30 more than I paid for mine. Aside from some stupid gaudy design that plastered tacky green markings all over the keyboard for no apparent reason. Oh, and my sister also paid something like $100 for a Turtle Beach gaming headset. I bet a $30 Logitech unit would’ve sufficed just as well. Not to mention, it’s not like “gamers” need exceptional audio quality anyway. I don’t think you need audiophile-class equipment to listen to this. I guess “gaming” equipment is to “e-sports” what Jordans are to jock sports? (in case I haven’t made it clear, I’m not a fan of “e-sports” or jock sports)

Whatever this thing is 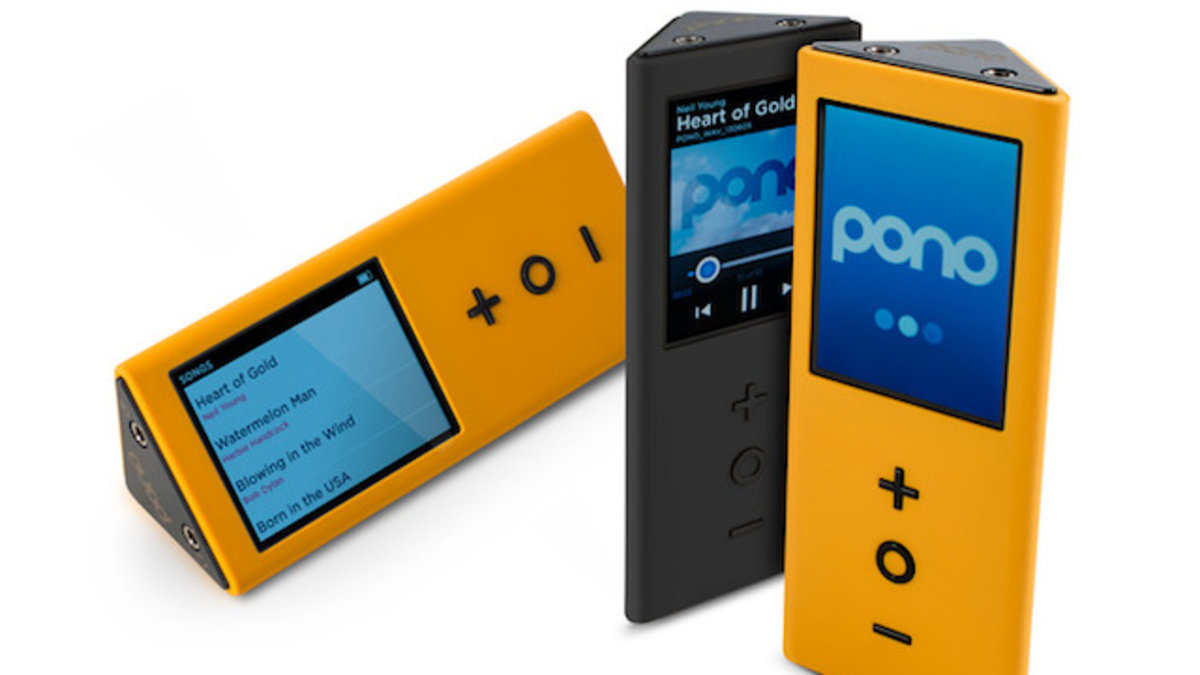 Speaking of audiophiles, the next piece of tech that really, really shouldn’t exist is this Pono thing. Someone made a placebo MP3 player that sells for $400, and only sounds better than “normal” music players because it’s paired with an online store that sells overpriced FLAC’s or something. Furthermore, what is with that shape? Is that supposed to fit comfortably in my pocket? =/

Slap some FLAC’s onto a Nexus 5, and you get a device that’s $50 cheaper, sounds just as good, fits in your pocket correctly, and doubles as a fully-featured smartphone!

Random observation: Windows Phone is the worst when it comes to knockoff apps and games. I’m fairly certain this was the top game in the store for awhile.

Furthermore, people believe this is legit? Also, there’s so many of these. Just… why? The only Flappy Bird inspired game besides the original that’s worth playing is this one.

Okay, let me preface this one by making it clear that I don’t think tablets in general should be banned. I do, however, think Windows RT should be banned. It offers nothing over a comparable tablet running Windows 8 on an Atom. These days, Atom tablets are about the same price as, if not cheaper than, WinRT tablets. Bonus: Win8 on x86/x64 has an actual app ecosystem to speak of.

@justindaigle have you seen this plebs holding up tablets as a camera?

Furthermore, rear-facing cameras on tablets really need to go. It’s not an appropriate form factor to be used as a camera, at all. Why encourage this? All it accomplishes is the annoyance of the poor, unfortunate souls who are stuck standing behind the person doing this at an event.

Quite a few of these products are oriented toward audiophiles, gamers, and in the case of overpriced gaming headphones, the uncanny intersection of the two. Maybe we should just ban audiophiles and gamers? I also considered adding netbooks to the list, but then I realized, if netbooks didn’t exist, that’s justify the existence of ChromeOS. The lesser of two evils, I suppose. Others, like tablets, were only added under heavily limited conditions, but upon the suggestion of someone else. Suggest some more products, and if I like it (as in, I hate the product), I might make a sequel to this post someday.